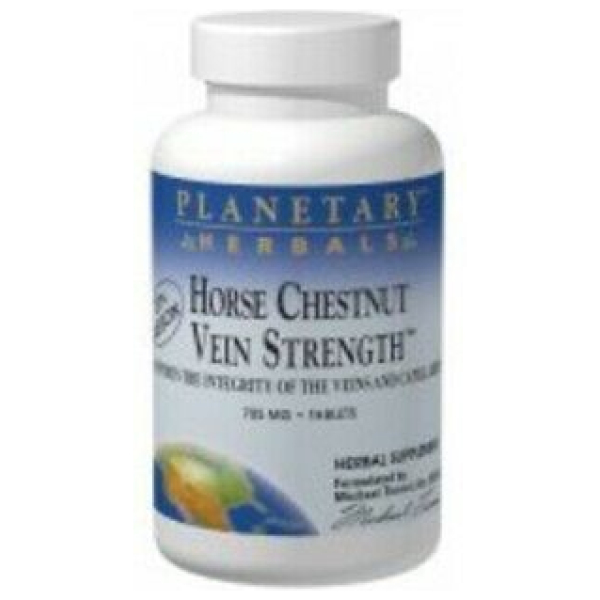 Horse Chestnut Vein Strength combines this same standardized horse chestnut extract with an additional 405 mg blend of some of the most widely used traditional herbs for supporting a healthy vascular system.

Planetary Herbals have been developed by expert herbalists, focusing predominantly on the thousands of years of experience of Ayurvedic and traditional Chinese herbalism, the hundreds of years of experience of Western herbal practitioners, and the more than 30 years of clinical experience of professional herbalists such as Michael Tierra, Lesley Tierra, Jill Stansbury, and Alan Tillotson. Planetary Herbals offers the best of classic herbal traditions, integrating herbal formulas used continuously for literally hundreds of thousands of years, with the latest finding of clinical pharmacological research. The Planetary Herbals philosophy encompasses much more than herbal magic bullets. Each product is designed to promote health, not just make people feel better. Our Full Spectrum™ singles are designed to provide the best in single ingredient products; each formula is skillfully blended according to traditional and modern principles. Integral to this philosophy is attention to detail regarding quality of raw materials, individual responsibility for self-healing, environmental awareness, and education.

The majority of the world's population has relied upon plants for health and healing since the beginning of time. Planetary Herbals recognizes this and is committed to ensuring that our time-tested herbal traditions continue to evolve, grow, and flourish.