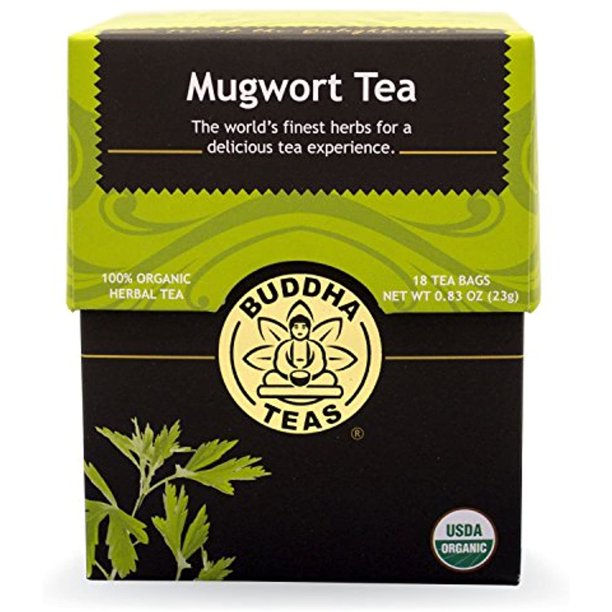 Mugwort is not what you might think it is. In fact, if you’re not into plant medicine, or magic, you might not even have heard of this underrated herb. But that’s about to change …

What Exactly is Mugwort?

Several species of aromatic plants in the genus Artemisia are commonly named mugwort. In Chinese, Japanese, and Korean Traditional Medicine, mugworts are readily used for medicinal purposes. It is a prolific perennial plant that grows in both urban and wild areas. Mugwort’s benefits are huge, thus its thousands-of-years-long use.

If you believe in magic, mugwort is bound to appeal to your intrigue with the mystical. Way back in the Middle Ages, Europeans used mugwort to protect travelers from evil spirits and wild animals. Today, Mugwort is extremely popular with herbalists. It is an herb profoundly connected to the feminine, dreaming, and life cycles. Practitioners incorporate mugwort into healing oils, and tinctures; they suggest infusing it in baths, and use it for moxibustion* sessions.

Though the cheerful greenish-gold tone invites you into a seemingly simple, smooth tea-drinking moment, looks here are deceiving. The truth is that this super important herb tastes, well, “bitter.” But here’s the deal: bitter isn’t bad! Trust us. Those familiar with plant medicine are well aware that when the tongue tastes bitter, something powerful is taking place. Once you begin to feel the healing energy that mugwort lends, we believe you’ll begin to crave this ancient, powerful herbal remedy. Nonetheless, there is no doubt that while sipping this meaningful brew, you’ll know you’re doing your body, and mind, a great service.

How to Make Mugwort Tea:

Here’s some brewing ideas to consider:

Without enough long-term studies, pregnant and lactating women are advised to avoid mugwort. As always, we suggest that if you have any doubts, you check with your health care practitioner prior to consuming Buddha Teas Mugwort Tea.

*Moxibustion: a traditional Chinese medicine therapy, which consists of burning dried mugwort on specific points of the body.