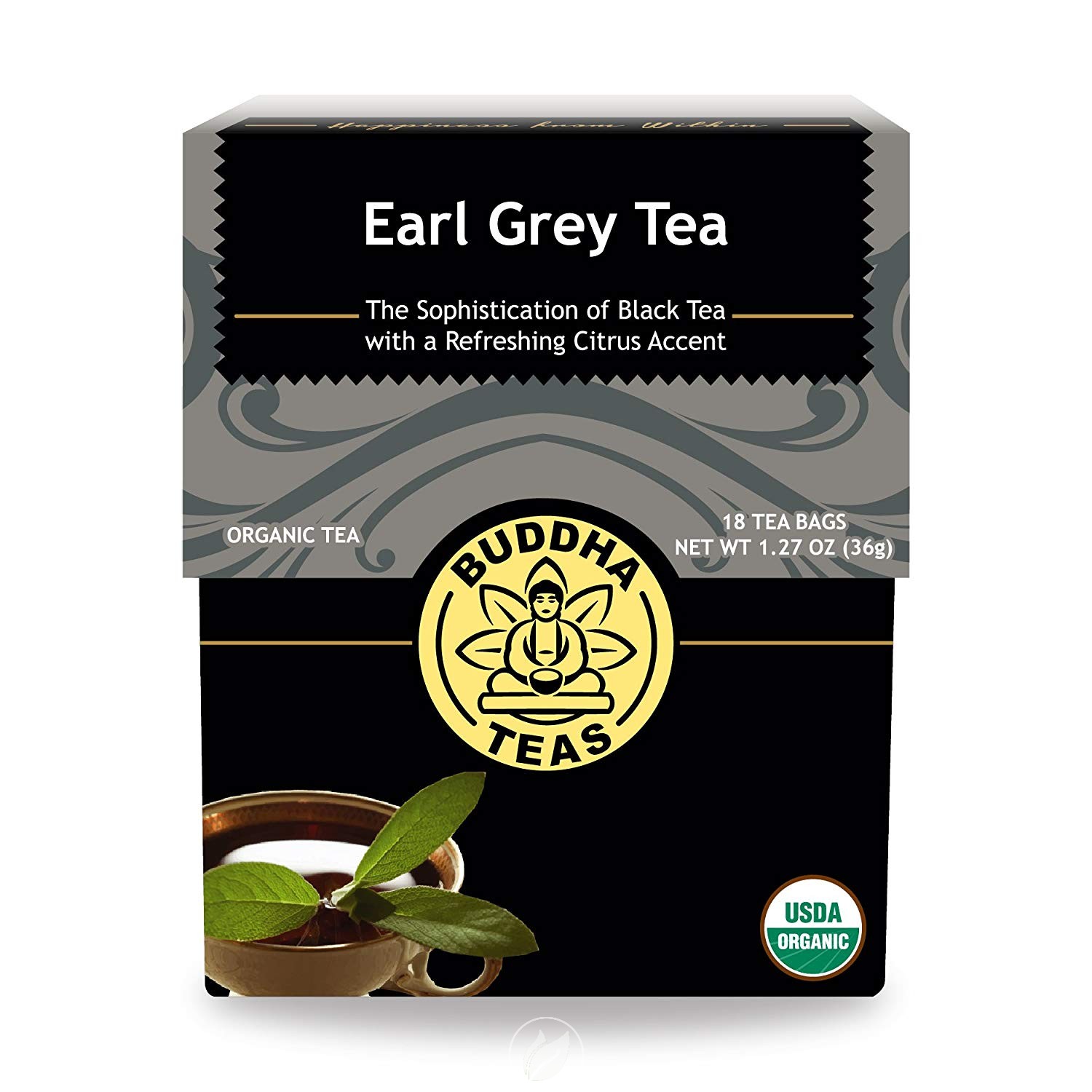 Anyone who has smelled the citrusy essence of bergamot oil knows its ability to uplift and delight. We’ve added superior organic black tea leaves to this blend to create an aromatic, brew meant to delight tea lovers everywhere. This iconic caffeinated tea is flavonoid-rich, mood elevating, and supports the digestive system.

Though the historical lore behind the development of Earl Grey Tea extends beyond logic, for anyone who is enamored with the distinct flavor of this iconic tea, stories have little influence over the delight experienced while sipping. That being said, if what folklore reveals is true, one’s tea drinking moments may be even more memorable. It has to do with a Chinese scholar, his drowning son, a rescue, and a thank you gift to the second Earl Grey. Except the dates and destinations don’t make total sense.

There was an actual (Charles) Earl Grey; in fact there were two. The second Earl Grey was the eldest son of the first one, and served as Prime Minister from 1830 to 1834. His claim to fame not only revolves around the development of Earl Grey Tea (reference the drowning Chinese son, and the gift to the Earl), but during his tenure as PM (1833), slavery was abolished in the British Empire.

What Does Buddha Teas Earl Grey Tea Taste Like?

Our Earl Grey Tea tastes so smooth, so pure, you’ll want to drink this bergamot delight sans milk & sugar. Unlike some Earl Grey teas that contain “other natural flavors,” we include only: organic black tea & essential bergamot oil. We think you’ll agree this Earl Grey Tea will become your daily go-to black tea.