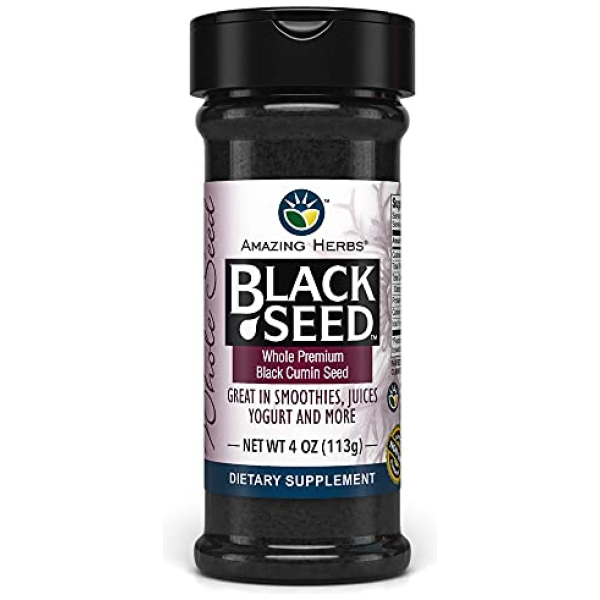 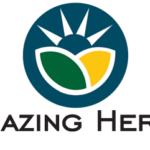 Whole Black Seeds 4 oz and other Amazing Herbs products are available at All in One Vitamins Fayetteville GA.

When the young Waseem Goreja was growing up in the US, he would always hear stories about a miraculous little seed that his parents and grand parents would use to boost their immunity and overall health in their native homeland of Pakistan. They would say that by chewing a few grains daily, it would ward off all sorts of illnesses. As he became older and started to inquire about this herb, he discovered that it was called ‘Black Seed’ or ‘Blessed Seed’ because it was regarded as a “blessing for all illnesses”. What surprised him is that Black Seed was not only used by his elders but that it had been in use for thousand of years in Asia, Middle East and Europe, and was still being used by people in throughout the world as a spice and remedy. When he realized that it might have even greater healing benefits, he began researching more about it and looking for a source of Black Seed in the United States, but soon discovered that nearly no one in the natural health industry had heard of it.

What amazed him was that although no one had heard about Black Seed, there was already research going on in the United States, Europe, and Africa about the health benefits of Black Seed and Black Seed Oil, some going as far back as the 1950’s. All of the research showed remarkable results for various health benefits.

Considering the potential health benefits and the unique opportunity to introduce a product to health conscious consumers, Waseem and his (late) father started producing and marketing nutritional supplements made with Black Seed in 1990. Since many people had not heard about Black Seed, they they had to educate consumers as well as health food store owners about remarkable health benefits of Black Seed. It took many years, but interest in Black Seed grew as more people began learning about it and using it to enhance their health. The scientific health community also became aware of the benefits of Black Seed and its active ingredients and hundreds of studies were published in various medical journals in the USA and around the world.

In early 2000, Waseem and his father launched AmazingHerbs.com. This was a major step for Amazing Herbs as it put their products into the hands of consumers throughout the world, with customers as far as United Kingdom, Australia, and South Africa. At the same time, an increased interest of Black Seed in the U.S. created an opportunity for Amazing Herbs to expand its products into more retail stores. By 2010, there were more than 6000 retail stores in the U.S. carrying Amazing Herbs brand Black Seed nutritional supplements and over 30,000 individual customers using the product annually.

Amazing Herbs is the original manufacturer of Black Seed Health & Nutritional supplements in the world. Being one of the first nutraceutical company’s to introduce Black Seed to the health and nutrition industry in the United States, Amazing Herbs has been vital in promoting the health benefits of this remarkable oil. It is a proud sponsor of the American Botanical Council’s Adopt-A-Herb Program for Black Seed. We know this herb very well, have extensively written on it, personally know the farms and farmers growing it and have sponsored many of of the scientiests that have written and researched the plant.

All of our products including our Black Seed oil manufactured in our FDA registered and inspected facility in Buford, GA. Amazing Herbs utilizes unique screw-type presses that gently squeeze the oil from the seeds of Black Seed without using any heats or solvents, which preserves the oils anti-oxidants and retains a higher level of nutrients resulting in the highest quality of Black Seed oil available.. No chemicals or other processing is involved insuring that the oil produced is 100% pure and all-natural, free of preservatives or adulterants. We guarantee the quality of our oil and all our products to insure that they meet the highest standards. Every-single batch of oil produced is sent to a third-party lab to confirm indentity, check for contaminants and to verify active ingredient levels, especially Thymoquinoe (TQ).

5XTQ is our trademarked moniker for our Premium BlackSeed oil as it naturally contains a higher percentage of Thymoquinone (TQ) than any other Black Seed oil on the market. We’ve tested oils pressed from Nigella Sativa seeds grown in various countries like India, Syria, Egypt, and discovered that they only contain a fractional percentage of TQ in contrast to the amount that is found in the oil pressed from seeds that are grown for us in Turkey. Unlike other manufacturers who purchase seeds from the open market, the Nigella Sativa seeds we use for our Black Seed oil are exclusive grown for our use, employing sustainable and organic farming methods and grown without the use of fertilizers. Our seeds are non-genetically modified and are not irradiated or treated with any pesticides such as EtO (which is common for seeds grown in countries like India).

We welcome you to enjoy our website and learn about the various products we offer.